Do photovoltaic panels resist hail? What damage can it cause and how what to do in the event of an intense hail on our photovoltaic system? We give you some information and advice on how to intervene: the important thing is not to wait. 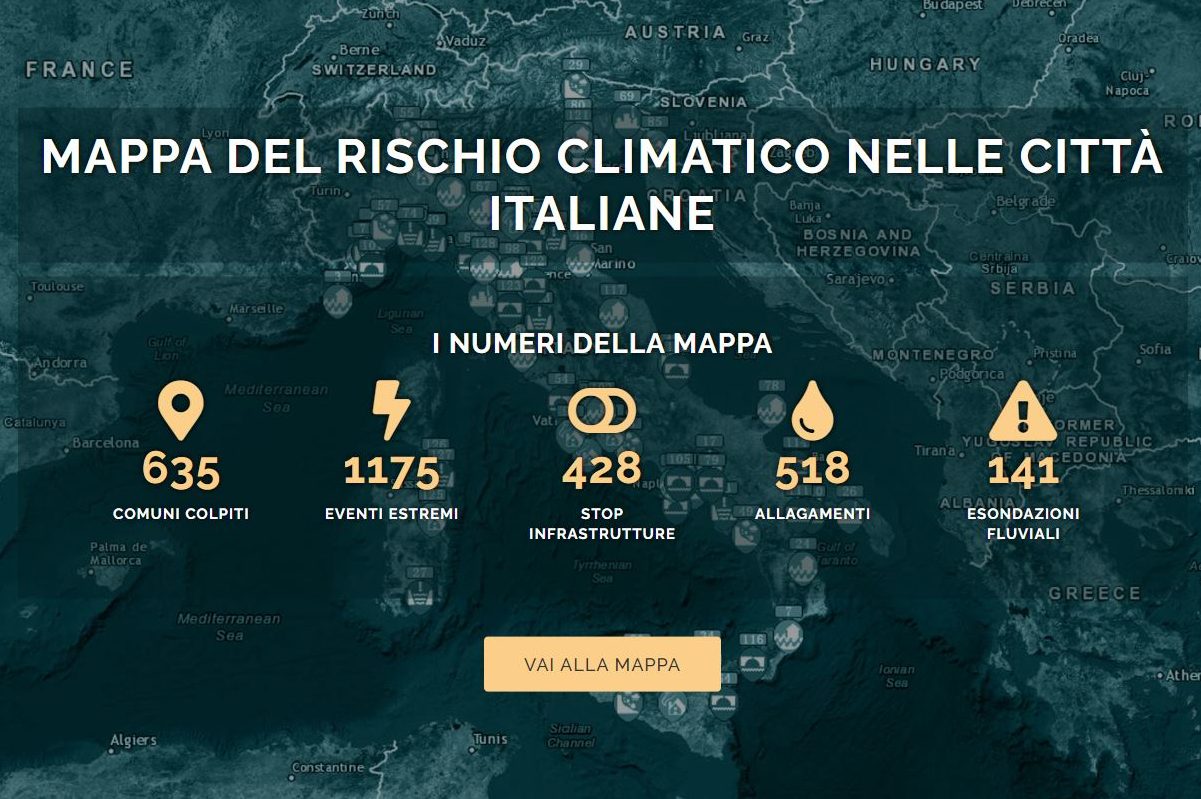 Atmospheric events with hail and more: data from Legambiente association

Extreme weather events are not only becoming more and more recurring, they also have exceptional intensity and violence. Sudden storms strike often with tornadoes and hail in every location. We see and confirm it from the main institutes and associations such as Legambiente, which through its national CittàClima Observatory indicates the numbers and the map of what is happening to the climate.

“From the beginning of the year to July 19, 2021, 208 intense meteorological phenomena were recorded in Italy.”

If thunderstorms are particularly intense, in photovoltaic systems they can cause damage: 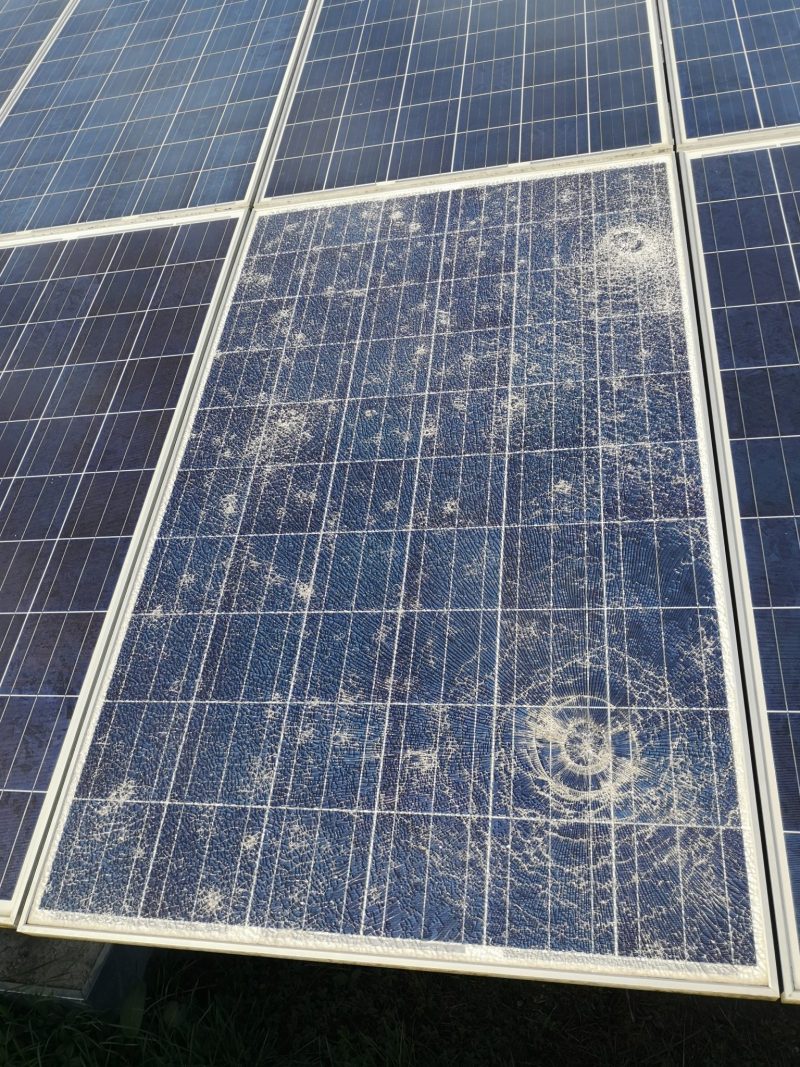 In this article we want to investigate the damage to the cells caused by hail as they are certainly the most difficult to find. In fact, as they are invisible, the microcracks cannot be detected through a simple visual inspection, but it is necessary to use instrumental analyzes.

MRP’s recipe: verification and counting of modules damaged by hail

In 2017 MRP introduced advanced techniques and procedures in Italy for the in-depth analysis of post hail damage. In fact, every year many plants are hit by violent hailstorms.

Often when we are contacted, in the plant there are several photovoltaic modules with broken glass (on average between 1% -8%). But how are the modules made? Many of the photovoltaic panels present in the systems are made with a single front glass with a thickness of 4mm or 3.2mm. Over the years, the cells used by manufacturers have also become increasingly thinner, all with a view to optimizing and reducing costs.

All to the detriment of the mechanical strength of the module, or rather, of the cells. These, in fact, can be damaged as a result of a hail impact which may not break the glass, but causes injury to the cell, precisely called microcracks.

In addition to visual and thermographic inspection, the techniques we use in cases of systems with hail damage are the analysis with EL electroluminescence and UV-f fluorescence. Both of these analyzes are performed in the dark, at night, and directly in the plant without the need to disassemble the modules, reducing intervention and analysis times and costs.

In just one night our qualified technicians are able to inspect over 4’000 modules, with analysis and classification on 100% of the modules following multiple evaluation criteria.

Timing is key: act immediately after the hailstorm

The UV-f fluorescence analysis technique is very effective thanks to its practicality and speed, and allows to distinguish recently formed cracks. After a hail impact, the lesions (microcracks) that can form in the cell, in the long run, can cause:

modules and determine whether or not these are compatible with the hail just occurred.

It is essential to intervene quickly after
the atmospheric event; this is because the chemical phenomena that we observe with the UV-f analysis continue over time (reactions between encapsulant and oxygen), so the more weeks pass, the less the analysis is effective.

When the systems are covered by insurance policies that intervene in the event of damage to the modules, it is important not to wait for more serious phenomena (such as hot-spots and underperformance) for 2 main reasons:

The map that we propose below is part of the result of a recent analysis on a plant with a power of approximately 2MWp, inspected in just 2 night analysis sessions. For each module a classification was assigned based on the presence of damage (cracks) compatible with hail. 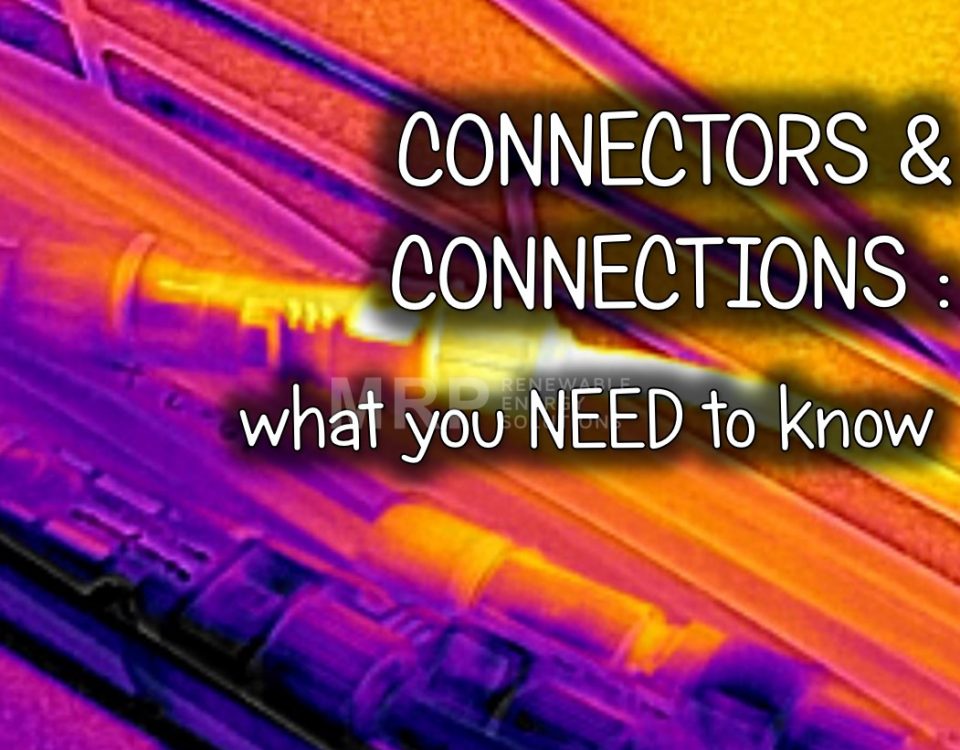 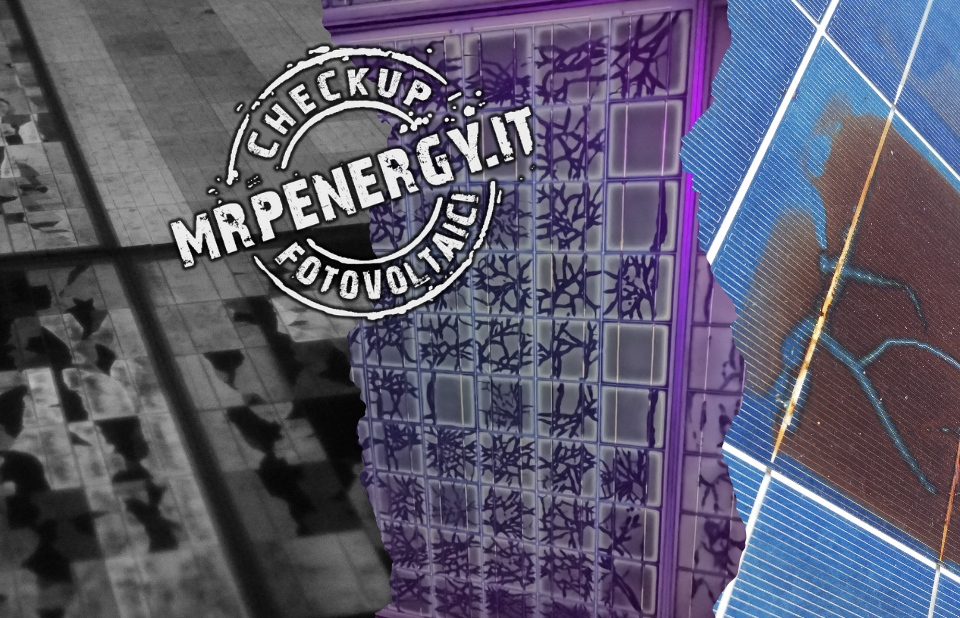 Photovoltaic cleaning: choose the specialists (the careful ones)